As an expat who has lived in several different Australian cities I often get asked what is the best city in Australia to live in?

Moving to Australia can be a huge decision. Plus the country is so large it makes it hard to decide where you should move to! This guide should hopefully make it easier for you to narrow down your decisions about which city you would like to live in. In particular this guide is helpful for people looking to emigrate permanently to Australia but are unsure which city to move to, as well as people looking to live and work in Australia for a year on a Working Holiday Visa.

Of course what is considered the best city for one person may not be what another person considers to be the best. Different factors that can affect which city you choose to live in Australia can include:

Moving around between the different cities in Australia meant I really got to discover what it is was like to live in each city as opposed to just visiting them. After all, living and visiting somewhere can be two very different things. I got to see the advantages and disadvantages to living in each city as well as getting to uncover what different residential areas were like.

WHAT IS THE BEST CITY TO LIVE IN AUSTRALIA?

Quick facts about living in Australia:

For more facts about Australia, have some fun and to test your knowledge with this Australia trivia quiz!

Let’s start off in Sydney as this is the biggest and most populous city in Australia – 5 million people (20% of the whole population in Australia) live here. Sydney is located in the state of New South Wales (NSW).

Pros about living in Sydney:

Cons about living in Sydney:

Whilst Sydney is an expensive place to live (often it is listed in the top 10 cities in the world), it is an incredible city. I spent the majority of my time in Australia living in Sydney, and it is definitely my favourite city in Australia to live in. If you have your heart set on living in Sydney then go for it! There are so many expats here which will mean you will find it easy to make friends in Sydney. You will also have the most job opportunities here.

Click here for a selection of the best Sydney itineraries! 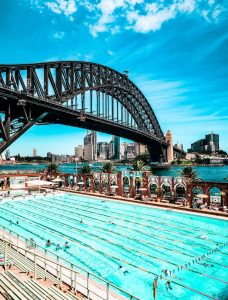 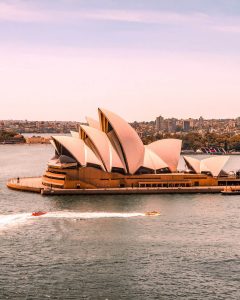 Melbourne is the capital of the state Victoria and is almost as populated as Sydney. It is another popular city for expats to Australia to settle in.

You will find most people have a preference for either Sydney or Melbourne. Personally I much prefer Sydney as there are a lot more things to do, plus the weather is warmer. I found Melbourne’s weather to be too temperamental and far too cold in the winter. That being said, it is a lot cheaper to live in Melbourne as opposed to Sydney. 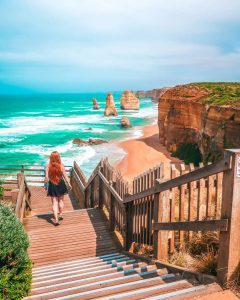 After Sydney, Brisbane was my second favourite city to live in Australia. Brisbane – the capital of Queensland is the perfect place to live if you want to experience warm weather year-round, or if you prefer a smaller city with a more laidback lifestyle than Sydney or Melbourne. 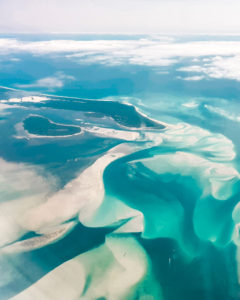 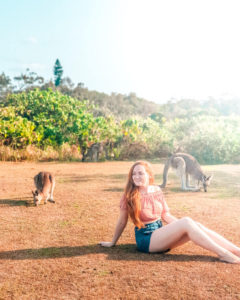 Perth is the capital of Western Australia and it is actually the most isolated city in the world to live in! The nearest city to Perth is Adelaide and that is over 2,500km away by road so the journey would take several days! If you want to go to any other city in Australia from Perth you’ll most likely fly, but unfortunately airfares to and from Perth from other Australian cities can often be quite expensive. Therefore this can make getaways from Perth expensive.

Also due to the large distance Perth is from any other Australian city (a flight from Perth to Sydney is 4 hours), this often discourages a lot of people from visiting or moving here as they fear they will feel disconnected. However Perth is an incredible city, has a lot to offer and is a popular place especially for those raising families or retiring.

When deciding on which Australian city to move to, Adelaide often gets overlooked by many people in favour of the bigger Australian cities. However South Australia is a beautiful and really varied part of the country and Adelaide is definitely worth considering when planning which city in Australia is the best for you to live. 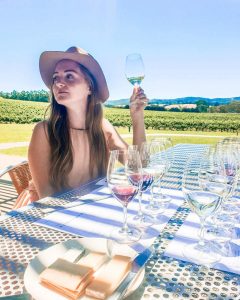 Hobart is the capital of Tasmania – Australia’s only island state. Tasmania is known for it’s breathtakingly beautiful natural landscapes and scenery and the people here live a very outdoors lifestyle. Moving to Hobart is perfect for those who enjoy hiking.

Canberra is the official capital of Australia, located in the Australian Capital Territory (ACT) and is the largest inland city in the country. Most people however will only move to Canberra if they have to with work as it is far from the beaches and so being inland doesn’t appeal to to as many people.

Darwin is the capital of the Northern Territory (NT) in Australia and also often gets overlooked by expats as a city to live in for several reasons. It is however a great place to live with so many beautiful natural places nearby!

Other regional cities and towns in Australia you may consider to move to:

Australia isn’t just about the capital cities of each state. There are many other towns and cities that are just as beautiful (and a lot cheaper!). Many of these regional towns and cities are located along the coastline but some are also located inland too and are great places to live. Here are my favourite regional cities in Australia:

Cairns is located in tropical Far North Queensland and is a city for the adventurous! The day trip possibilities from here are endless – you can visit The Great Barrier Reef, the Daintree Rainforest or go whitewater rafting for the day. Cairns is a beautiful city with great weather year-round, although like Darwin it gets very humid in the summer. It is also a very popular stop for backpackers and so you’ll find plenty restaurants and watering holes here. Cairns is perfect for outdoorsy people who want to live in a city but also want nature, beautiful beaches and the rainforest nearby.

Newcastle is a fantastic city located 2 hours north of Sydney (160km away). It is close enough to Sydney for when you need to get there, but it has a much more laid-back friendly vibe. There are many beautiful beaches surrounding Newcastle. To the north you’ll find Port Stephens and Worimi National Park, and to the south you’ll find The Central Coast, meaning you’re never short of ideas for day trips. Newcastle also has a secret swimming spot called The Bogey Hole – check it out here! 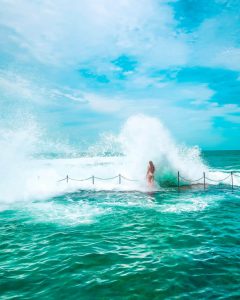 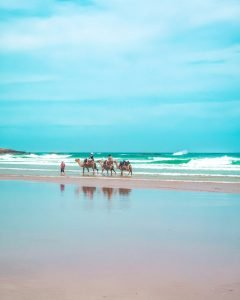 Byron Bay is located in north-east NSW and is one of the most famous beach towns in Australia, known for it’s relaxed but trendy vibe and great surf. Like Cairns, Byron Bay is a hotspot for tourists and backpackers, often attracting spiritual people. There are lots of great independent restaurants and shops and people really enjoy healthy eating here. Byron is a small town and so the locals all know each other and whilst many expats choose to live here for a while they soon move on and don’t end up settling here as they want to leave the ‘Byron bubble’. Even though Byron is small, there is lots to do here such as coastal walks, visiting Cape Byron Lighthouse and being on the most easterly part of mainland Australia, kayaking with dolphins and taking day trips to nearby beach towns.

There are lots of interesting day trips you can do from Byron Bay too – for example to the hippie town of Nimbin, Minyon Falls and Crystal Castle which has the largest amethyst crystals in the world! The nearby town of Yamba is less touristy than Byron but is quickly becoming the new Byron so it is definitely worth make a trip over there too! 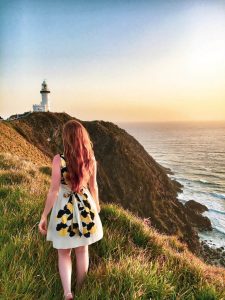 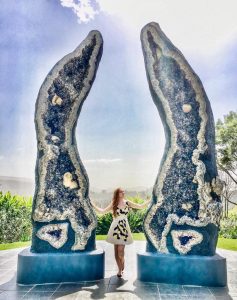 Noosa is a sunny beach town located on The Sunshine Coast. It has an affluent and upmarket chic vibe as well as being a big surfer town. I guess it can be compared to Newquay, Cornwall or Torquay, Devon in the UK just much, much hotter. The summers here are very tropical and humid and can be unpleasantly hot at times but during the rest of the year the weather is perfect.

Noosa is a popular holiday destination for Australians and foreigners and therefore it is quite expensive. It does however have lots of beautiful hikes and coastal walks you can do, for example walking the coastal route along Noosa National Park will take you to the stunning Noosa Fairy Pools.

You may find it a bit more difficult making friends in Noosa as not too many expats live here. Most of the foreigners here are just passing through. The majority of the residents have lived here all their life so may be closed off to making new friends, and so therefore it may be hard for you to create a close network here. 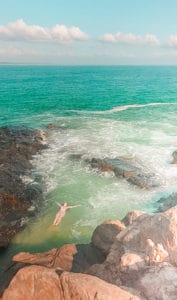 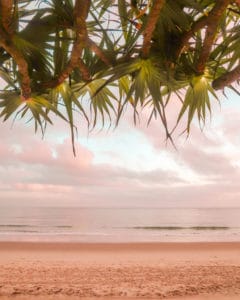 So, what is the best city to live in Australia?

As you can see, there are so many great places to base yourself in Australia. If there is a particular city or town you have your heart set on then just bite the bullet and move there. If you don’t like it you can always relocate to another Australian city (job permitting). In general the bigger cities are more popular for expats as there is more to do here. Some places are great to visit but not necessarily to live in as they may feel a little isolated. Write down your priorities, what factors are most important to you when deciding where to live, what you are willing to compromise and see which city best matches it. If you need any advice, just pop me a message below and I’ll be happy to help further in any way I can!

Like this post on what is the best city in Australia to live in? Pin it for later!