Sydney is a fantastic city for aerial photography and drone shots! With miles of rugged coastline, beautiful beaches and the iconic Sydney Harbour and unique architecture, Sydney is a droner’s paradise!

Aerial photography offers a totally different perspective that just cannot be achieved from the ground. It can turn a seemingly average image into an impressive capture as it is a view that people don’t get to see everyday. Getting to see the world from above changes your whole view of things!

Drone and aerial photography is not new at all. It has been around for years. But now it is even more accessible than before as drones become more affordable and people are increasingly exposed to drone photography through social media and they can see the power of the images. Basically anyone can buy a drone and there are far more drones up in the sky these days than ever before. Therefore it is extremely important to be aware of the rules you must abide by when flying your drone to ensure the safety of others.

Each country has specific drone rules and laws, known as Civil Aviation Authorities/Administrations that you must abide by. It is crucial you are aware of the laws in the country you are in. This is even more important if you are travelling as the drone laws may be a lot different to the drone rules in the country you live in. You MUST check the rules for the country you are in – click here for a list of each country’s drone rules. Failing to abide by a country’s drone laws can cost you serious fines (hundreds of thousands of dollars) or getting your drone confiscated. Some countries such as Iran prohibit drones completely.

Here are the drone rules whilst flying in Sydney:

Drone regulation in Australia is under the responsibility of the Civil Aviation Safety Authority (CASA).

Do bear in mind that whilst we always aim to keep this guide up to date, it does not replace official sources so it is advisable to consult them as well.

Flying for fun or flying for…

Know the Drone Rules of the Sky

Flying A Drone In National Parks in Sydney/NSW

Drone users must obtain approval if they want to fly a drone in a National Park or Reserve in NSW.

This is because The NSW National Parks and Wildlife Service uses drones for important operational purposes such as search and rescue activities, monitoring beach erosion, as well as controlling pest animals/weeds. Drones are also used in the National Parks by surf life-saving and scientific research teams.

Flying drones in National Parks can also disturb native animals as well as visitors. In addition, they can seriously interfere with fighting bushfires and other park management activities. Therefore drone use needs to be carefully managed to avoid these risks.

You must obtain approval before launching, operating or landing a drone within a park.

Can You Bring A Drone Into Australia?

If you are travelling to Australia from overseas you can bring a drone in. 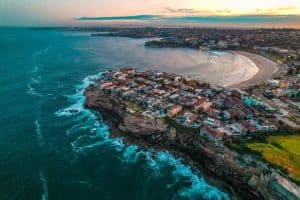 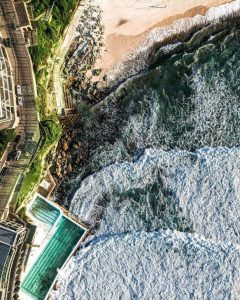 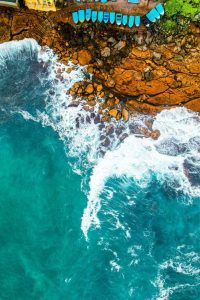 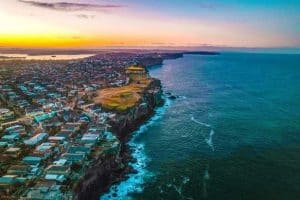 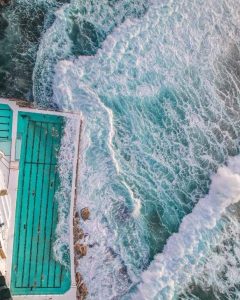 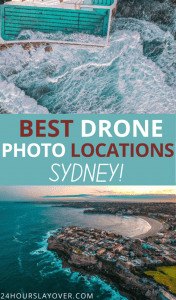 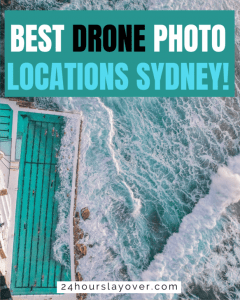 I just love these pictures :))

These shots are epic, I deffo need one on my wall

Would love to visit one day, great photos