How To Get To James Bond Island:

To get to James Bond Island you need to get a boat there with Phi Phi Island Tours.

The itinerary is to see James Bond Island – featured in “The Man with the Golden Gun”, canoe through mangroves and underneath cool rock formations and finally relax at beautiful Naka Island before returning back to Phuket. The day trip also included a yummy lunch!

When to visit James Bond Island:

December through to March is the ideal time to visit James Bond Island. I actually went in June, during the off season but the weather was great.

I sat at the back of the boat and this was the view for most of the trip – hundreds of limestone cliffs, pretty spectacular right? The whole bay is like this and it is really breathtaking – even more so than Halong Bay in Vietnam in my opinion. Totally out of this world. 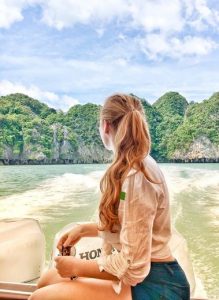 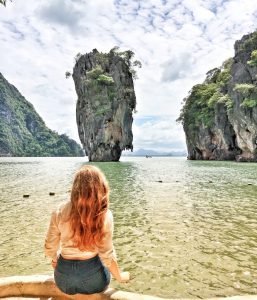 James Bond island (Khao Phing Kan) is on many peoples bucketlist when they go to Phuket, and it didn’t disappoint. Before the 1974 movie “The Man with the Golden Gun” with Roger Moore and Christopher Lee, literally nobody had heard about this place. But now it’s popularity has exploded. Pretty much like Maya Bay on Phi Phi Island from the “The Beach” movie starring Leonardo DiCaprio in 2000.

By the way, I have never watched a single James Bond movie in my life but I figured James Bond island would be a cool place to go after seeing the pictures. Sure it was a little crowded, as several boat tours had stopped here at the same time, but it didn’t feel too much. 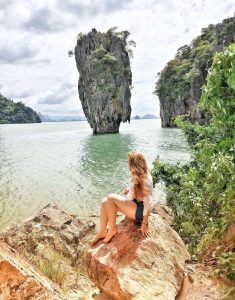 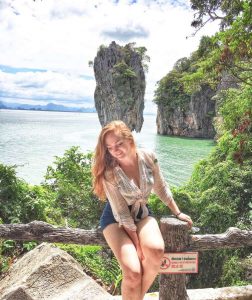 After this, local men canoed us round the limestone formations, even going underneath them! This was really cool, especially as someone was doing the work for you! Just make sure to give them a little tip afterwards.

Lunch was at a muslim floating island with probably the BEST tom yum soup I have ever had, and lots of fresh yummy food.

The last part of the boat tour was at Naka Island, where you had 1.5 hours to relax. It was a beautiful island, the water was perfect to swim in and the sun chairs were free to use. Yay, all round win! Check out the gorgeous beach below!

If you are in Phuket this is definitely worth a day trip! This trip was perfect – I had such a wonderful day and would totally go again! 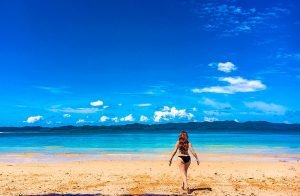 If you will be heading up to Bangkok, check out the stunning Marble Temple there. Also be sure to check out the overnight train from Bangkok to Chiang Mai – a must do Asia bucket list experience!

If you will be travelling to other nearby countries in South East Asia check out these itineraries for Kuala Lumpur and Langkawi in Malaysia, or Phnom Penh in Cambodia, Bagan and Mandalay in Myanmar or Saigon in Vietnam.