There are so many unique and wonderful things to do in Barranquilla – the vibrant Caribbean coastal city that is also Colombia’s most underrated city!

Located on the northern coast of Colombia, Barranquilla is full of culture and history and is a very cosmopolitan and important city in the region.

And despite it being home to several nice beaches and plenty of things to do – as well as being the city where Shakira was born and raised, many tourists to Colombia don’t even visit Barranquilla!

Therefore it makes a great place to visit if you want to explore a really Colombian city without mass tourism!

Except that is – if you visit at Carnival time in February as this is when Barranquilla hosts its world-famous Carnival.

Read on for the best things to do in Barranquilla!

Barranquilla is situated 120km north east of Cartagena – next to the Magdalena River and the Caribbean Sea on Colombia’s north coast.

It is Colombia’s third most important city and lies between Santa Marta and Cartagena – two very popular tourist destinations in Colombia.

If you’ll be catching a bus from Cartagena to Santa Marta or vice versa, the bus is pretty much guaranteed to change in Barranquilla, so take advantage of this and spend a day or two exploring this unique city.

BEST THINGS TO DO IN BARRANQUILLA

It is the second largest carnival celebration in the world after the one in Rio de Janeiro and is one of the best experiences in South America!

The whole of Barranquilla turns into a big party and there are Colombian men and women everywhere celebrating – the vibe is so good and it sure is an incredible experience!

If your trip doesn’t coincide with the Barranquilla Carnival don’t fear. Visit the Museo del Carnaval – a museum full of extravagant costumes and decorations from the carnival!

Other Museums In Barranquilla:

If you would like a 6 hour tour of Barranquilla that takes you to all the important places then check out this tour:

Walk along the banks of the Magdalena River along the malecon and take in the views.

It is absolutely stunning – taking nearly 27 years to complete, and is definitely worth a visit to admire its beautiful Colonial architecture.

Take a tour around this neighbourhood – famous for its Colonial style architecture and the colourful street art.

What Food To Have In Barranquilla

The food in Barranquilla is a little different to other parts of Colombia, with a slight Caribbean twist which makes the food taste really great!

For some delicious authentic Colombian Caribbean food head to the family-run Donde Mama restaurant, situated in a beautiful old colonial house in the historic Prado neighborhood. 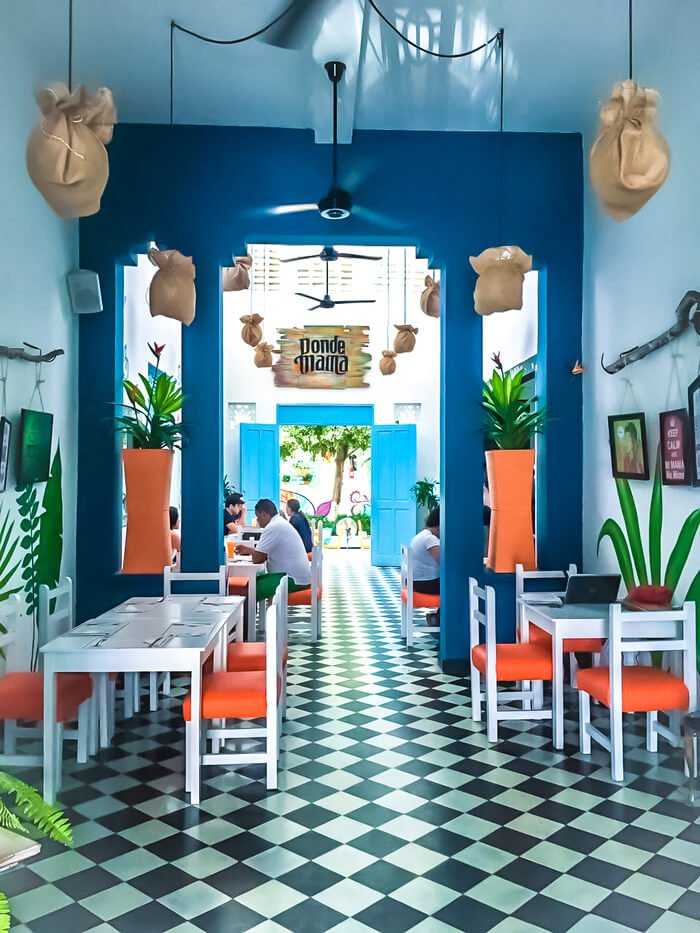 Day Trips From Barranquilla & Where To Travel After:

Other Places To Visit In Colombia:

In addition to Cartagena, Santa Marta and the Caribbean Coast, definitely make sure to visit Medellin, in particular Comuna 13. Comuna 13 is a Colombian neighbourhood once considered the most dangerous place in the world, has transformed itself and now a popular tourist destination.

And of course, don’t leave Colombia without visiting the capital Bogota!

Overall, Barranquilla is a great city to spend a couple of days. And with constant warm temperatures year round, it is the perfect place to unwind!

Like this post on Things To Do In Barranquilla – Colombia’s Most Underrated City? Pin it for later!